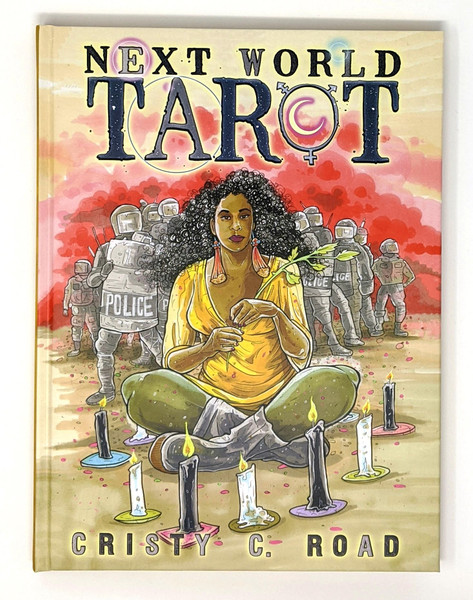 Cristy C Road’s Next World Tarot has been celebrated since 2017 for its detailed envisioning of justice, resilience, accountability, and reclaimed magic.

The deck has now been immortalized as an oversize (9” x 12”) full-color hardcover art book with accompanying essays expanding upon each of the 78 illustration, in English and Spanish.

The Fool’s Journey is about smashing systematic oppression, owning their truths, being accountable to the people and places that support them, and taking back a connection to their body that may have been lost through trauma or societal brainwashing.

The NEXT WORLD TAROT is a visual spectacle of both the battle cry and the reconnection between outcasts and their criminalized identities.